The following article is about Fred Augustus Clough Jr- a 6x great-grandson of John I of Salisbury, MA.

“Local boy makes good” is just about the best description of the career at Bates of Fred (Gus) Clough, ’39, co-captain of this years’ varsity gridsters, president of the senior class and one of the busiest fellows in college.

Then just add to the above his record in extra curricular activities and you begin to wonder just who this “superman” Clough is. As a leader, he was outstanding, being elected class president three years and also president of the student and athletic councils. In the filed of journalism, he made his mark as sports editor of the yearbook. No small wonder that he received the Cobb-Watson honorary watch, annually awarded to the senior at Edward Little who has excelled in scholastic and athletic activities and general leadership.

Just to show his versatility, Gus went out last year to win the state and YMCA wrestling championships in the 191 and 174 classes.

At college Clough has continued to show this all-around ability.  He has worn the Garnet in football, basketball and track. He selects football as his favorite sport, because “There’s plenty of work to football and because of this everyone you come in contact with in football are fellows who have been willing to stick it out. It’s these friendships I have made in the past four years that make football my favorite sport.”

Outside of sports Gus has done just as well. He has been president of the class of 1939 for four years now, also serving on the Student Council his sophomore year. Scholastically he has compiled a steady high average, his highest ones being 84 under the old system and 2.8 under the new.

He has displayed this versatility in his outside jobs too. He handles a shoe concession during the school year, and works at the Martindale Country Club during the summer as a caddy master and greens-keeper.

Gus is majoring in Psychology and after receiving his A.B. hopes to “tie in with some business concern.” Don’t be surprised if he’s at the top in a few years. He has the all-around ability to do it.

Webmaster’s Note:  Gus was a 6x great-grandson of John I of Salisbury as follows. 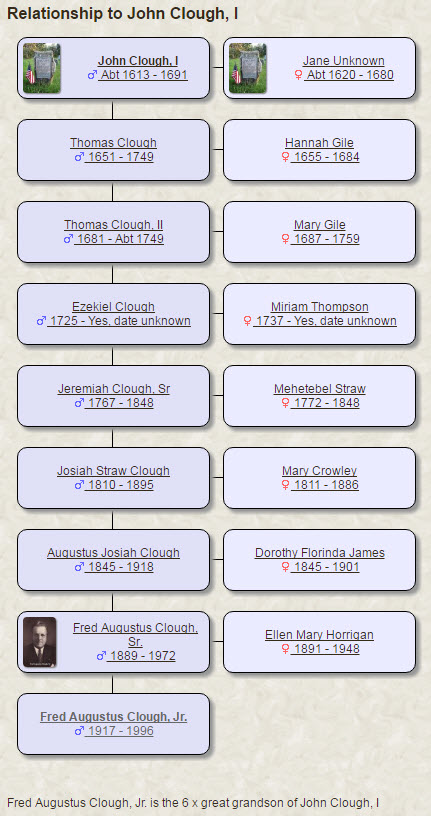