Published in 1899, the History of Durham, Maine with Genealogical Notes, by Everett S. Stackpole, is a new reference source to me.  I came across it when I purchased his History of Winthrop, Maine with Genealogical Notes, published in 1925 (but picked up for a mere $25 on eBay a short while ago).  Both books have several “Clough” references in them.  However, the “Durham” book is available on archive.org (see this page as well) while I’ve not yet come across a digitized version for the “Winthrop” material.

As one example, on page 159 of the “Durham” book, the following is noted:

Samuel Clough (1752-1799) came from Berwick. He married Sarah, dau. of Caleb Estes and settled on lot 16 in 1771. His will, made 10 Jan. 1799, mentions children Anne, Isaac, Joshua, Abigail, Tabitha, Patience, Esther, Isaiah, Elizabeth and Jeremiah. Isaiah married Mary Haskell and settled in Litchfield. For his family, See History of that town. Tabitha married Ebenezer Bailey. It has been impossible to get full records of this family.

The JCGS records show the following information for this Samuel Clough. While he had many children, he also died young, at age 47. 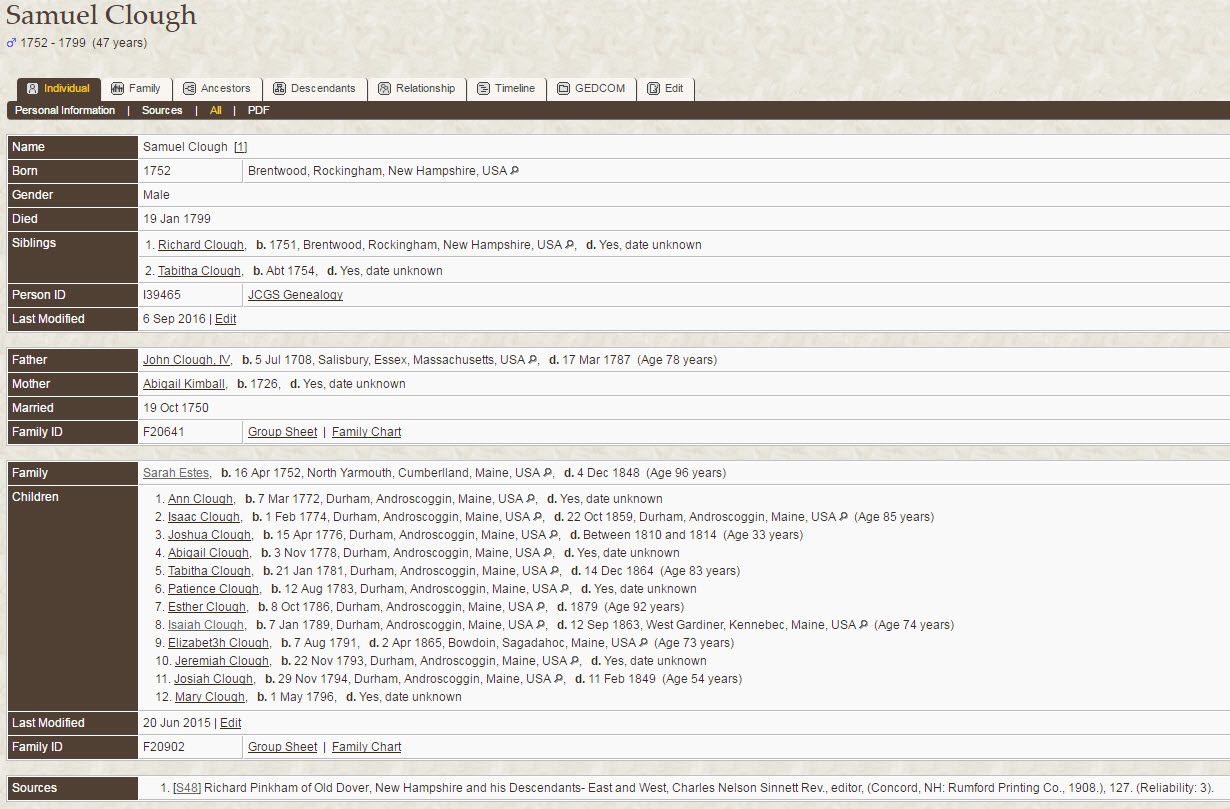 Note that our records sourced information from Richard Pinkham of Old Dover, NH and his Descendants.

Stackpole wrote other books as well.  I’ve added the two noted above to our Genealogy Resources page.