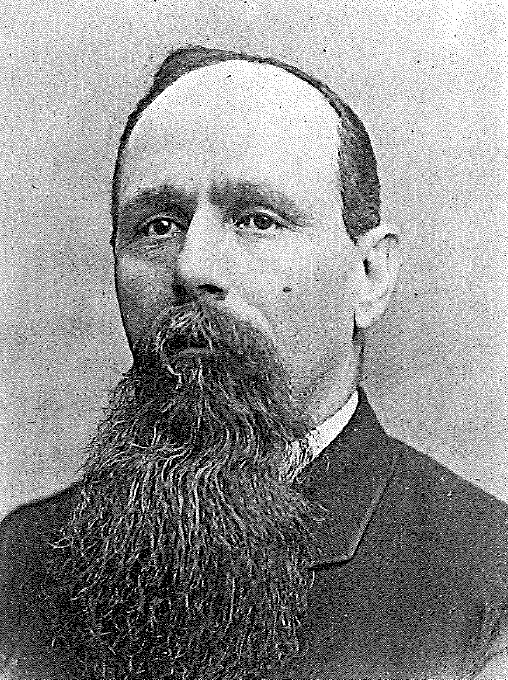 Webmaster’s Note: I’ve transcribed the article that follows from a PDF I found online tonight.  Here is the original link to that source document.

David Marston Clough, governor of Min­nesota, furnishes a conspicuous example of the self-made man. Born of humble parentage and spending his youth in comparative poverty, contending with the obstacles of life on the frontier, and without the aid of influential friends, he has achieved the position of highest honor in the state of his adoption. He was the son of Elbridge G. and Sarah Brown (Clough), of Lyme, Grafton County, New Hampshire. He was the fourth in a family of fourteen children, ten of whom grew to maturity. He was born December 27, 1846, at Lyme, New Hampshire, and when he was nine years old his family moved to Waupaca, Wisconsin, arriving there on the fourth of July, 1857: Within the next year they removed to Spencer Brook, Isanti County, Minnesota, a little settlement on the extreme frontier in the lumbering region of Rum River. His father took a claim, a cabin was built, a clearing made in the timber and the farm started. In addition to work done on the farm, father and sons engaged in the lumbering business in the employ of companies then operating in that region. There was no school to attend and the educational facilities of which David was able to avail himself were of the most limited kind. At sixteen he drove an ox team in the woods, and at seventeen went on the logging drive and earned a man’s wages. Subsequently he was employed at the saw mills in Minneapolis in the summer and continued to work either for his father, or for wages for his father’s benefit until he was twenty. At this age it was his father’s custom to give his boys their time, having no other endowment to bestow. David then engaged himself by the month with H. F. Brown, a lumberman, and continued for four years in his employment, doing all kinds of work involved in the lumber business.   After leaving Mr. Brown he and his brother Gilbert engaged in the lumbering business for them­selves. They lived at Spencer Brook and took contracts for cutting and hauling logs in the adjacent pineries. This they continued for two years, when, in 1862, they removed to this city. They continued in the logging business for several years and then commenced the manufacture of lumber, first hiring their logs sawed and later building a mill of their own. Clough Brothers eventually became one of the substantial lumber firms of Minneapolis, owning their own timber, manufacturing it and cutting it, their annual out­put in later years averaging fifteen million feet. Gilbert Clough died six years ago, since which time David has continued the business alone. He also became president of the Bank of Minneapolis. Although his father died years ago, Mr. Clough has retained the homestead in Isanti County, and added to it until it now embraces six hundred and forty acres of land, on which Mr. Clough has a fine herd of thorough­bred Short Horn Cattle, and his interest in agri­culture and stock raising was recognized in 1892 by his election to the office of president of the State Agricultural Society. To him belongs the credit at the close of his administration of turning over the society to his successor free of debt, the first time in its his­tory. Mr. Clough has been active in local and state politics, having served the Second ward of Minneapolis as a member of the council from 1885 to 1888. In the second year of his service he was made president of the council. At this time he was also elected to represent East Minneapolis, Isanti and Anoka counties in the state senate, his term of office of four years expiring in 189o. What is known as “the patrol lim­its system,” a rule which confines the saloons to the business center of the city, received Mr. Clough’s support in the legislature and in the council, and to him credit is given for having de­feated an attempt in the legislature to grant to the council the power of discontinuing or alter­ing this system. Mr. Clough was a member of the state Republican central committee for four years, and in 1892 was nominated by the Repub­licans for lieutenant governor and was elected. He was re-nominated in 1894 and re-elected, and upon the election of Knute Nelson to the United States senate in 1895 he succeeded him in the office of governor. He was nominated by the Republicans in 1896 to succeed himself and was elected. When the court house and city hall commission was organized in Minne­apolis, Mr. Clough was made a member of that commission, and for a time was its president. His family are identified with the First Congre­gational Church of Minneapolis, of which society Mr. Clough was for many years trustee. He be­longs to the Masonic order, in which he has taken thirty-two degrees. Mr. Clough was mar­ried April 4, 1867, to Addie Barton, at Spencer Brook, Minnesota. He has one daughter, Nina, the wife of R. H. Hartley, of Minneapolis. 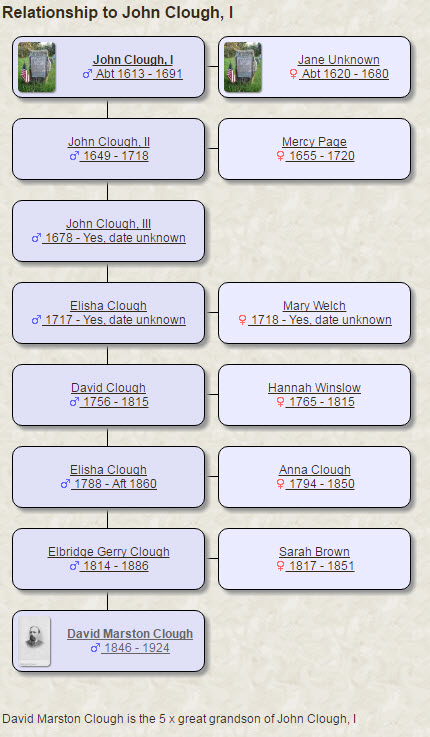