John Clough, current President and JCGS Bulletin Editor, recently forwarded an article titled “The Ark of Maine and the Misogynist of Cape Neddick” he found at SoMeOldNews– Surpringing Southern Maine History. That site is run by Sharon Cummins, who writes the weekly Old News column in the York County Coast Star. Originally published in May 2009, this article describes Albion Clough as a “self-proclaimed, World’s Champion Woman-Hater who lived in a converted boat on Cape Neddick’s River Road from 1936 to 1944.”

Albion appears in a few of the US Census records:

Albion first married Emma Hopkins (B. 1862), daughter of William Hopkins, on 21 Nov 1883 in Goffstown Centre, New Hampshire. At the time, he was 19 years old (she was 22) and listed his profession as Taxidermist and she, a box maker.  They divorced 15 Apr 1893. It appears one daughter was produced by this marriage (Esther Pearl) on 5 Jan 1890. As an aside, Esther appears to have married Charles Edward Bowen, son of William L Bowen, on 6 Apr 1910.

In 1891, it’s believed that Albion was working as a watchman when he was savagely attacked.  As noted in the Boston Journal (Boston, MA), Volume: LVIII, Issue 19093, Page 3 (see below left picture): 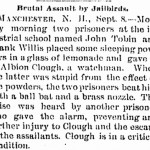 It’s somewhat unknown how long his second marriage actually lasted, for as Cummins reports in her article, “Albion Clough told anyone who would listen that he had walked away from a lucrative fishing camp business in Brighton, Maine to escape his second wife, Eleanor’s caustic disposition.”  Further, “…his contention that “women prefer dummies” smacks of sour grapes in light of the fact that, contrary to Albion’s claims, Eleanor had actually left him…”

Lest you think this was an obscure relative who shunned the world, he actually became quite famous.  Cummins article goes on to say, “He played the organ, the banjo, the guitar and reportedly had a beautiful tenor voice. Though referred to as a hermit, he was exceedingly sociable. In 1937, popular radio personality Phillips Lord invited him to star on an episode of NBC’s “We, the People” and the hermit jumped at the chance.”  A little digging turned up the May 1937 Radio Mirror, Vol. 8 No. 1.  On page 36, the “Fame for Five Minutes” spread reveals a picture of Albion (see below gallery) .

Albion also had his pictured included in the 30 Nov 1940 Lewiston (ME) Evening Journal under the heading Musical Hermit of Cape Neddick Entertains Callers.

Update:  I recently came across another blog post on Albion located at Dull Tool Dim Bulb.  Check it out as it includes a couple of good pictures of Albion.

Albion was referenced as well in the May 1, 1958, Vol. 13 No. 1 JCGS Bulletin.  If you’re a member, please check the Bulletin Archive.  If you’re not, please join us.  Members have full access to PDF copies of the Bulletins the Society is currently in the process of digitizing. 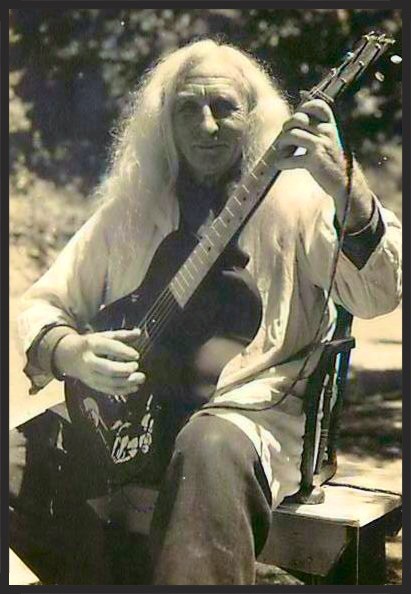 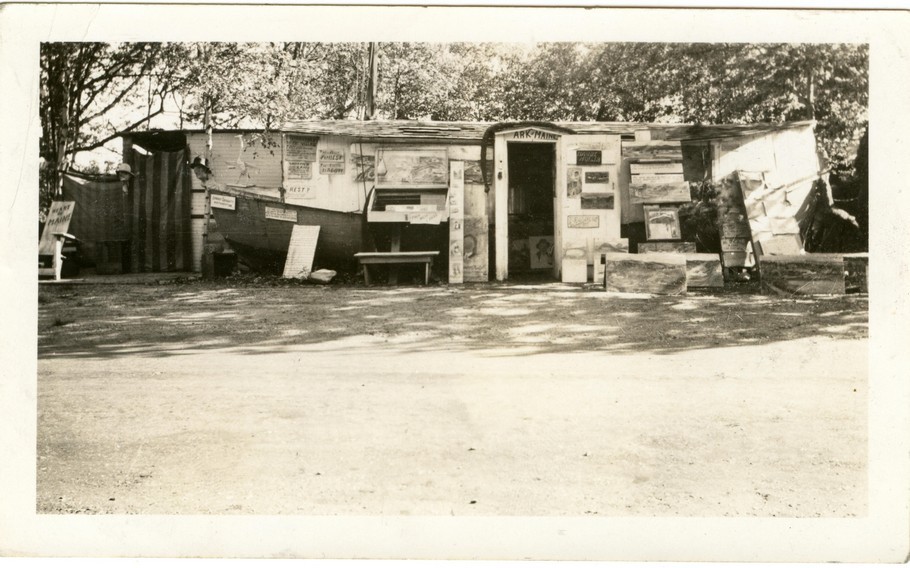 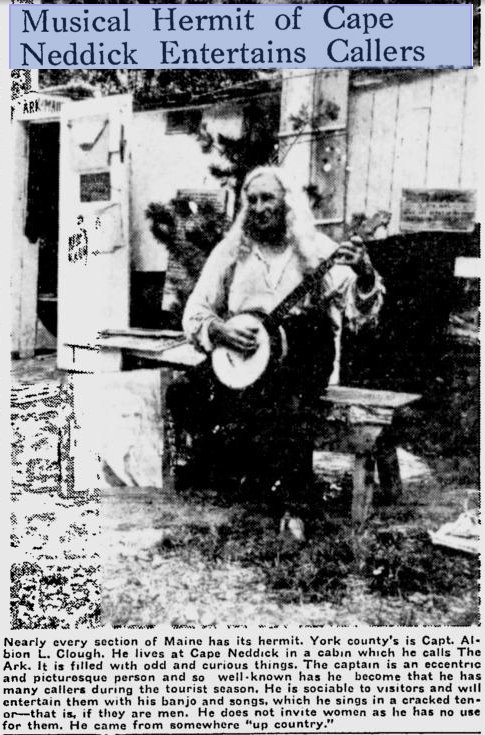